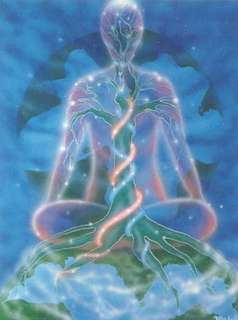 Many Qigong Practitioners have been shown to demonstrate profound anti-aging, looking generations younger than their chronological age. Some also possess an incredible ability to heal other people. Some have displayed high endurance and strength on minimal food intake. But exactly how does Qigong work?

The ancient masters said Qi has properties like Fog. Scientists In the late 1800's theorized the universe was filled with an energy plasma substance they called "Ether". They said this plasma pervaded the entire universe. I predict there will be a reemergence of this theory in the scientific community someday.

Qi can be felt all around you once higher levels of sensitivity are realized. It’s a "delicate" electromagnetic fog-like substance. And it exists in every city, building, church and temple. Some places like forests, riverbanks, and waterfalls have more Qi (try doing the Nine-Breath Method under a waterfall). Three primary methods are used to collect this energy: